Held annually in Wellsboro, the Susquehannock Trail Performance Rally (STPR) is one of the America’s best-known rally events.

Does your need for speed require something a bit more rugged than the paved track and smooth turns at Watkins Glen International? Then join the thousands of other spectators at the Susquehannock Trail Performance Rally (STPR) held annually in Wellsboro.

Performance rallying is an exciting and demanding motorsport. With its high percentage of stage miles and a course featuring some of the most challenging roads in the world, Susquehannock Trail Performance Rally (STPR) is one of the America’s best-known rally events.

STPR regularly draws the top rally teams from the United States, Canada and abroad who enjoy putting their skills to the extreme test of performance rally. Competitors from the worldwide professional rally community are also found at this premier event.

The Pennsylvania Department of Conservation and Natural Resources, Bureau of Forestry provides almost 63 miles of roads in the Susquehannock, Tioga, and Tiadaghton State Forests for the special stages. Added to the forest roads is over nine miles of private road, some of which had to be resurrected for STPR. 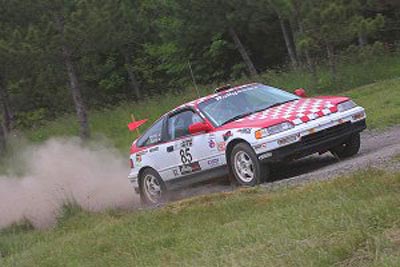