If speed is what you’re looking for, a short one hour drive from the Penn Wells Hotel and Lodge will have you taking in some of the most famous road races in the country at the historic Watkins Glen International speedway. Home to top-tier racing for over sixty years, The Glen has something for every adrenaline junkie. For the first nineteen years of its existence (1961-1980), The Glen was known around the world as the home of the Formula One United States Grand Prix. Since then, The Glen has increased its offerings, hosting road races of nearly every class, including the World Sportscar Championship, Trans-Am, Can-Am, NASCAR Sprint Cup Series, the International Motor Sports Association and the IndyCar Series. It’s now know as the Mecca of North American road racing and is a very popular venue among fans and drivers.

When road racing first came to Watkins Glen in 1948, public roads were used for the race course. Today, the village of Watkins Glen hosts a Grand Prix Festival every September which features numerous Stone Bridge Driver Events in which modern drivers in historic cars can sign up for an escorted two laps of the historic 1948 course through and around the village as spectators cheer them on. The festival also features a historic car show downtown and plenty of food, drink and general merriment. And the fun continues up at the track with the U.S. Vintage Grand Prix, featuring historic SVRA (Sportscar Vintage Racing Association) race cars from nearly every era.

For those who want to get in on the action but don’t have the proper training and credentials to race, Watkins Glen International offers Drive The Glen experiences, in which average people can experience the famous course while piloting their personal vehicle around the 3.4-mile Grand Prix circuit behind a paced vehicle.

Road racing not your thing? Fear not, The Glen may well have something for you anyway. It plays host to the Finger Lakes Wine Fest every July, the Finger Lakes Beer Festival in October and music festivals and other big events throughout the year. Watkins Glen International has plenty of day-trip-worthy events every year, so check it out during your next trip to the Penn Wells! 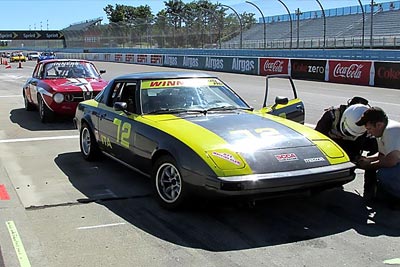